When Cumbria Safety Cameras began operating in 2003 it was charged by the Department for Transport to reduce the number of drivers killed or seriously injured (KSIs) by 40% by 2010. Cumbria reached this objective three years early in 2007 and continues to record the lowest number of KSIs for more than 20 years.

The chart below show the progress made in keeping KSIs as low as possible.

In 2019 the Safety Camera Team Conducted 1496 mobile speed enforcement sessions. The deployment strategy was developed using the historic KSI figures from 2018, and focusing the limited assets to the areas and speed limits proven to have an issue.

Priority is given to:-

2. Areas proven to have large scale non compliance of the speed limits.

The chart below indicates how theses sessions were distributed throughout the various speed limits. 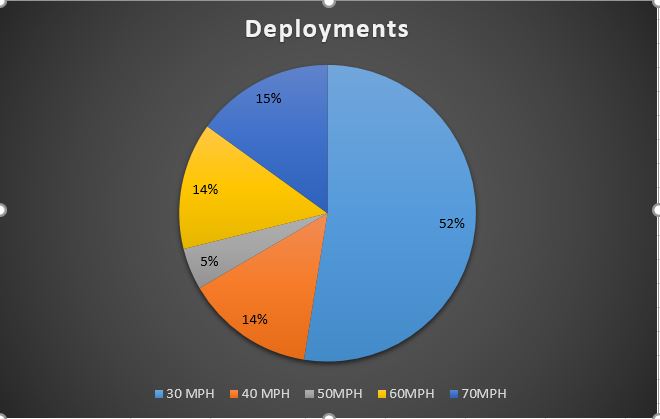